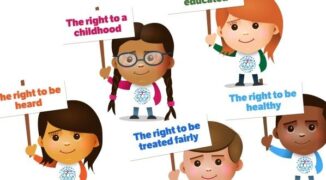 Child marriage is a complex social phenomenon in which cultural beliefs, religious beliefs and socioeconomics all play a part. For this reason, child marriage requires a multidisciplinary approach as it is relevant across multiple academic fields including sociological studies and legal studies. The phenomenon can be linked back to misguided Islamic thought as well as a failure of educational institutions to reevaluate the cultural role of women. Child marriage in Morocco remains one of the most poignant examples of the disintegration of the Moroccan family, specifically, the rural Moroccan family which is also faced with the harsh realities of poverty and low levels of civic education.

Child marriage is in itself an attack of the natural rights of the underage participants. They are denied the fulfilment of their childhood and are at a very young age removed from the important socialization of the parents and siblings. Thus, they are denied the positive psychological effects of the affection of a family and the important socializing effects of childhood games. In addition, marriage at a young age terminates a young girl’s education thereby directly infringing on her right to gain an education.

In Morocco marriage is seen as one of the most important decisions in one’s life. It is defined in the familial code as, « a pact based on mutual consent to establish a legal and lasting union between a man and a woman. Its purpose is life in reciprocal fidelity, purity and foundation of a stable family under the direction of both spouses, in accordance with the provisions of this Code. »

Marriage is significant for both parties as the man becomes the head of the household with the responsibility of supporting his wife an offspring. For the women, this contract means that she will be leaving her household and entrusting her wellbeing to her husband. For this reason, it is dictated that marriage must be entered into with both parties mentally sound and capable of making such a decision.

Therefore, it is now the law that marriage should be entered into only once both parties are above 19. This allows that men will have reached maturity and have the capability of caring for a family and allows that women will have reached the appropriate age to carry familial burdens. In addition, stipulating that marriages must be between two adults ensures that both parties understand the seriousness of the situation. However, it is also written in the law that underage marriages may occur with the approval of the courts. For this reason, then underage marriages occur often and at alarming rates.

The dire nature of these marriages has recently been confirmed as official statistics have confirmed that the rates of child marriage have been increasing. In addition, official statistics have confirmed that this is a crisis facing primarily young girls as petitions for underage boys to wed are nonexistent. This confirms that this is a gendered phenomenon based primarily on a young girl’s family’s inability to provide materially for her. In this way child marriages are undergone as the family can no longer support the young girl nor can they arrange a more beneficially marriage for her in the future. This is inherently problematic as it is based on a form of economic exploitation. In addition, these rising rates in child marriages reflect a failure by the state to uphold their promise to protect young children and their natural rights.

Further evidence for the violation of human rights caused by these marriages is that recent interviews with a number of judges responsible for marriages have shown that legal consciousness of the phenomenon is lacking. Therefore, often these marriages are being granted to minors and guardians who have little legal knowledge of the implications and potential risks. This excuse brings to light a serious gap in the family code used by several families to deflect the law and to violate the provisions on the protection of rights guaranteed by the family code. Furthermore, it has been discovered that a high number of young girls have been unofficially married without the courts’ permission. Therefore, legislative intervention is needed more urgently than ever.

Further problems stemming from these unofficial marriages that often occur in rural areas is that there is usually no paperwork to support the marriage. In the absence of this paperwork in the case of a “divorce”, a woman may be thrown out of her husband’s house. He may not be required to take possession of his children and will therefore not be required to support his former wife and children. She will also be ineligible for a new marriage and publicly shamed for the discretion of having children outside of an official marriage. It is therefore clear that these unofficial marriages leave girls in precarious positions in which they may become the victim of their husbands.

Anyone who is following the growth of indicators of marriage for girls in Morocco will confirm that it has gone beyond a mere phenomenon and has become an established and well-established culture in many circles Rural areas, and the peripheries of cities, in particular, have suffered for decades from the absence of social development programs that would empower the parents of girls to secure a better future for them. This has left child marriage as the only solution for many families who can no longer support their young girls. However, this does then leave the young girls in a tenuous and marginalized position. Child marriages have therefore been overwhelmingly negative for young girls and communities as they deny the young girls basic human rights and place the family structure of the communities in a weakened state thereby perpetuating a downward spiral of poverty.